Vocational degrees are strongly linked to the career that you will end up in. For example, a medical degree. You cannot be a doctor unless you have a medical degree, and your medical degree trains you specifically for that one job: being a doctor. There are loads of other degrees that are vocational; teaching, accountancy, landscape design, nutrition or game design. There's a broad and wide spectrum of vocational degrees. And if you're certain, absolutely certain, of the career that you want in the future, then this a really good choice of degree for you.

The university may have really strong links with companies who might come in and do specific recruitment at that university. You might get lectures or talks from people within that field of work. You might get to go and do some work experience or work shadowing with them. There could also be a large amount of specific training within the course.

For example, some of the accountancy degrees also incorporate your professional qualifications within the degree structure. So that when you come out of your degree, you don't have to do the extra exams because they're all bundled in within your degree. If it is a vocational course you are thinking of following, look really closely at the modules. Check that they match up with what you actually want to be doing in the future. For example, there is no point in doing a course on game design if you really want to learn a certain part of animation, and the university you're applying to doesn't teach that certain part of animation. Go and find a different university where it does teach it.

Before you pick a vocational degree, try and get as much work experience as you can. Try and get as much feeling it as you can for the career that you're eventually going to end up in. And try and do this before you start. If part way into a vocational degree you change your mind, that you want to do something different. It can be quite hard to complete a vocational degree and then switch into doing something completely different. If you do change your mind halfway through your degree, it is not the end of the world. You don't have to leave the course and go and start to do something else, which is of course an option, any degree in itself is going to be valuable. It's going to be attractive to employers. If you find yourself at the end of three, four, five, six years with a vocational degree, and you've then decided that you don't want to follow that career path, don't despair. It is not all going to be over. There is still some very attractive skills that your degree course has taught you. You may face future questions about why you spent so long studying this one topic and then decided to go do something maybe a bit related. Maybe completely different, but, as long as you can come up with sensible, logical, truthful answers behind this, then you shouldn't have any problems.

The other problem with following a vocational degree and changing your mind halfway through is might lose motivation a bit, you might not have the enthusiasm, the motivation, to study for the final exams as much as you would have done if you still had that enthusiasm for the degree course, and for the subject, the career at the end.

If you are unsure about what career path you want to follow, then you should consider follow a more academic career path. I know lots and lots of you are really concerned about the worth of academic degrees in today's economic climate, but you cannot assume that doing a vocational degree course will automatically end you up in a job at the end. You still have to go through the application process, you still have to find jobs that are available that suit your skill sets. You still have to go through and actually get the job. There is no guarantee you'll get a job at the end of a vocational course. And there is no guarantee that you'll be better suited to it than somebody who did an academic subject in their degree. 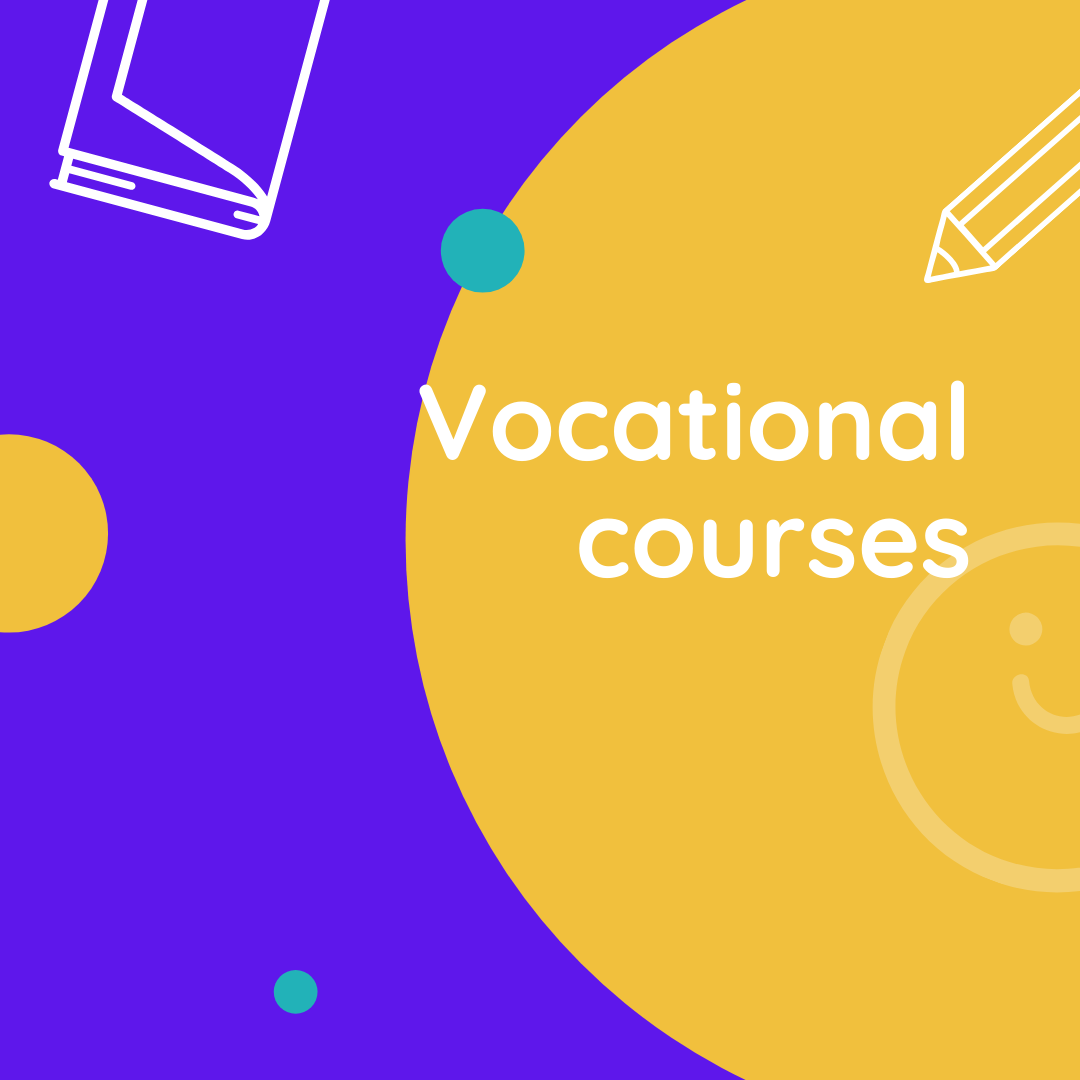 Anna's story... How I decided what course I wanted to do...

The one thing anyone knows about me is that I love lists. During the summer of year 12, the walls of my bedroom were covered in lists – pros and cons lists about the different courses and lists of qualities I have and how they lend themselves to each prospective course. When I was reflecting on what I wanted to do, I spent a week writing an A4 page listing my strengths and weaknesses, and next to each quality I wrote which courses I thought each one was suited to. From this I figured out that I ultimately wanted a job where I was directly involved in healthcare, which led to several more lists and some difficult self reflection – but through this process, years later I’ve ended up doing something I truly enjoy. Even if lists aren’t your style, writing things down is a great way to sort through your thoughts and help you come to a conclusion.

Even after this I was between choices for a long time; for a period of at least a few months, and what helped me decide was speaking to people who had done the course and were now working in the field. I spoke to lots of people involved in pharmacy one way or another – whether they were currently studying the subject, working in a related position, I even spoke to those who had studied it and dropped out or were now working in an unrelated career entirely. Each of their experiences helped guide me all the way from the application to the enrolment stage.

The other thing to look into is career prospects – whilst there’s nothing wrong with studying for the sake of learning, I definitely chose my degree based off prospective salary and career opportunities. If you enjoy a subject matter but couldn’t see yourself doing it (or a related job) for the rest of your life, then it might be worth reconsidering your choices. University is a big step but it does have its downfalls – I couldn’t possibly have worked full time whilst studying; I didn’t have help from my parents so it proved to be very financially straining, and I currently have 4 years’ worth of student loans putting a dent in any future earnings as well. I tried to make a decision based on long-term benefits, so that the difficulty during my student years would be worth it.

I do want to add that if you don’t want to commit yourself to just one course, or you’re between very similar courses, you could always apply to more than one. The downfall is that you can only submit one UCAS application to all of your choices. I didn’t do this because I was set on the course I wanted to do, and also because it’s very risky. Most of the time admissions boards can tell that you're not applying directly for their course - but I know others who have successfully done this and got it right. The key is to apply to courses that are very very similar to begin with, and make sure that you write something that is applicable to all. This way, once you get to your interviews and visit the universities in question, you can make a better-educated decision on what feels right for you.

Is a non-vocational course a wasted of money? 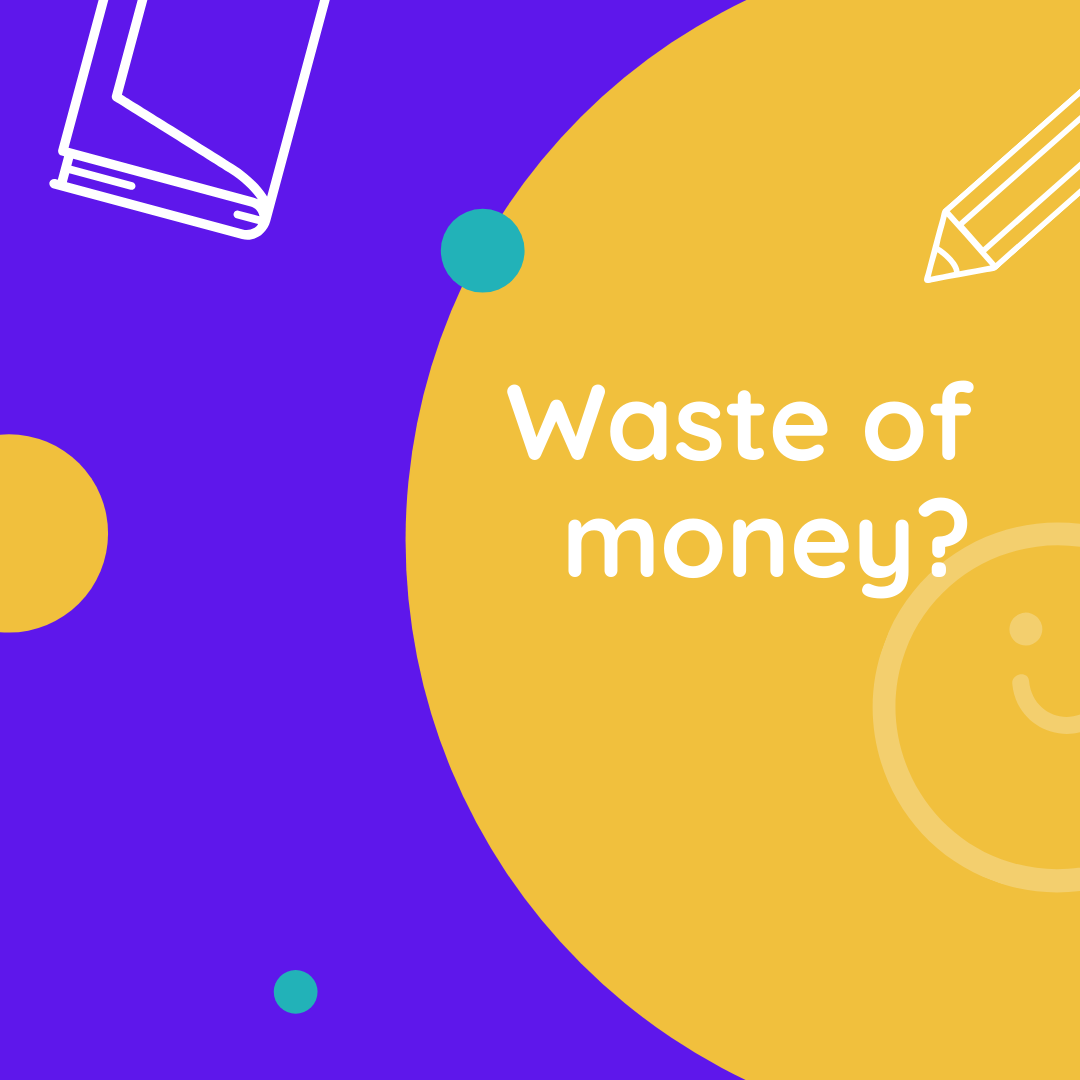 I know lots of you are concerned that in today's economic climate doing a non-vocational course is a waste of time, effort and money, but that's not actually true.

I know some of you are potentially feeling stressed about what you're going to do in the future and you don't know what job you want, that is completely normal, it is completely fine at your age to not know what you are going to be doing in five years’ time. It can be really hard to know what you love doing because you haven't tried everything yet. It can be really hard to say whether you have a vocation or not whether at this stage.

You may be concerned about spending time and money on a degree course that isn't linked specifically to a career, that it might make it harder for you to get a job afterwards, but a degree is so much more than just something that's going to get you a job.

For example, Physics. Physics is an academic course. It is not a vocational degree. If you want to go on and be a Physicist in the future, you have to do another degree, you have to do a PhD afterwards. And then, hopefully maybe you can get a job as a Physicist. You have to specialize even further. Physics as an undergraduate is an academic not a vocational course, but it is a very attractive course to employers because of the skills that it teaches you. For a Physicist and Physics degree you have to look at chaos, for example, looking at a map of stars, looking at maps of data and you have to pick out patterns in that.

These types of skills are really attractive to places like the Home Office, MI6, lots of lawyers come from a physics background because the same skills are involved. Writing reports based on evidence, seeing patterns within the chaos.

History, religious studies are more essay-based subjects that involved large amounts of evidence, large amounts of opinions and making up your opinion and writing arguments based on that evidence. From potentially a lot of different bits of evidence and maybe a lot of contradictory bits of evidence, or where there may be bits of evidence missing, but you have to look at all of the sources, you have to delve into research sources in detail and then you have to write long convincing essays, long convincing arguments based on those facts. These are great skills if you're thinking about going into journalism, or if you're thinking about going in to politics or going to do business consulting. Any degree will give you a wide number of transferrable skills.

It is very rare these days that you'll stay in one job the rest of your life. That you will just follow one career path. And sometimes a vocational degree can be rather limiting in the opportunities that it gives you. If you do know you want to go into business but you're not exactly sure what type of business then you can consider undertaking a course with a major and a minor or a liberal arts degree, which covers lots of topics.